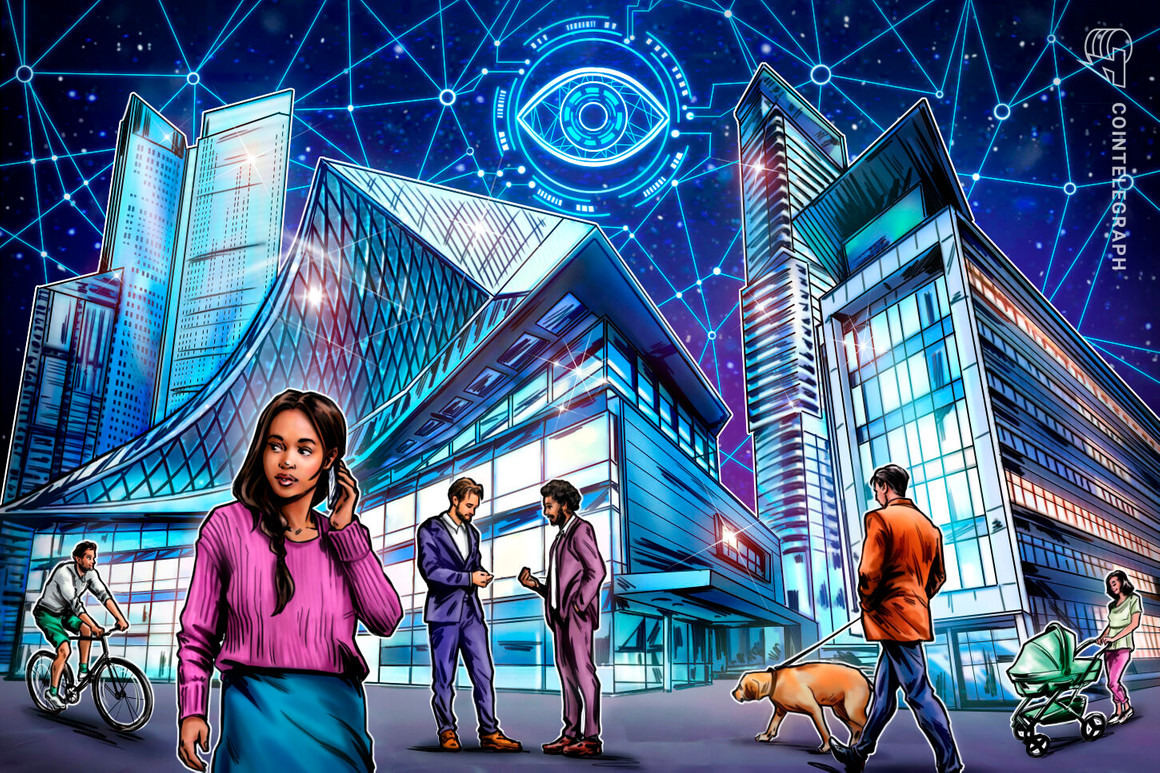 The Metaverse is quickly becoming one of the most important places for companies and individuals looking to expand their reach. New findings from research firm MarketsandMarkets predict that the Metaverse market size will grow from $61.8 billion in 2022 to $426.9 billion by 2027.

In addition, a recent report from Juniper Research links nonfungible token (NFT) growth to metaverse use cases. According to these findings, metaverse-related NFTs will experience an increase from 600,000 transactions in 2022 to 9.8 million by 2027.

Given this potential, a number of regions across the globe have started to establish a virtual presence. For example, the emirate of Dubai announced the launch of the Dubai Metaverse Strategy in July this year. As Cointelegraph previously reported, the Dubai Metaverse Strategy aims to attract companies and projects from abroad while also providing support in metaverse education aimed at developers, content creators and users of digital platforms.

While the concept may sound futuristic, industry experts believe that this is a logical progression. Hrish Lotlikar, co-founder and CEO of Superworld — an augmented reality content platform — told Cointelegraph that as Web3 technology becomes integrated into everyday lives, future-forward regions, governments and organizations will capitalize on communication, gamification and monetization opportunities in the Metaverse.

Organizations bring regions to the Metaverse for a purpose

This appears to be the case, as many organizations are focused on establishing geographical territories within Metaverse ecosystems. For example, Africa can be accessed virtually in Ubuntuland, a Metaverse platform that houses a land called Africarare.

“Africa is one of the fastest growing populations in the world, and by 2050, it’s predicted that it will be one of the biggest populations. Therefore, we thought this was the perfect time to upskill Africa’s youth for this new world. Africarare aims to create the future of work for Africans and organizations who wish to connect with people across this continent.”

Mann added that Africarare has secured a 12×12 village, or 144 plots, of virtual real estate in Ubuntuland to establish its visibility. He explained that users are defined by digital avatars, which can enter Africarare’s “central hub” land to partake in custom experiences. “These range from art to education and include experiences like galleries, live performances, stand-up comedy, video content channels, film festivals, safaris and more.”

Although Mann believes that Africarare will enable a sense of virtual tourism, he pointed out that the project is meant to create improved work and educational opportunities for the African population. “We believe that the Metaverse is the world’s greatest equalizer. Through Africarare, we can allow Africans to partake in this new space and thrive,” he said.

In order to ensure this, Mann explained that the World Data Lab — a data enterprise based in Austria — recently acquired a 6×6 village in Ubuntuland to develop their presence and connect to other organizations within this part of the Metaverse.

According to Mann, World Data Lab plans to use this collaboration to raise awareness of key-impact topics through virtual initiatives. “This includes developing a data science “metaversity,” to better understand Africa’s growing population.” Mann further commented that companies establishing a digital presence in Ubuntuland will seek to recruit a digital workforce from the platform’s user base.

Mann noted that users in Ubuntuland will use the UBUNTU token as its currency, which is built on the Ethereum blockchain and will be made available later this year. In the meantime, Mann remarked that art galleries across Africarare have already been established and are dedicated to showcasing Africa’s prolific creativity.

“Over 15,000 users visited the platform during an alpha launch we did in October 2021 with our Mila Gallery,” he said. Based on this success, Mann noted that the Mila gallery, which means “tradition” in Swahili, will continue to host curated collections by some of Africa’s foremost artists. He also shared that Africarar’s Inuka gallery — Swahili for “rise” — will feature works by emerging African artists. “Both galleries will stage various exhibitions on an ongoing basis with art pieces being sold as NFTs,” he said.

While Ubuntuland is focused on Africa’s metaverse, a project known as Alóki will allow users to virtually experience the Central American country of Costa Rica. Bartek Lechowski, chief operating officer of Alóki, told Cointelegraph that the platform reconnects people to nature through blockchain technology. “This play-to-own metaverse will enable users to do good for the planet and help build a sustainable future for society at large,” he said.

To accomplish this, Lechowski explained that Alóki offers its users the chance to virtually explore Costa Rica’s rainforests while participating in sustainable development. This will be accomplished through the project’s blockchain-based game in which digital actions mirror those in the real world via NFT ownership. Lechowski said:

“Alóki aims to make people pay attention to the climate change problem and be interested in contributing to something useful. For example, planting a tree in the Alóki metaverse can result in a real tree being planted in the Alóki Sanctuary of Costa Rica.”

Lechowski — who is also an owner of the Alóki Sanctuary, which is a 750-acre patch of rainforest in Costa Rica — said that thei project aims to plant more than 10,000 trees through its Metaverse initiative.

“We currently have a 10-person team of sustainable farmers and are in the process of hiring even more. We’re working hard to create harmonious heaven — we’ve already planted a whopping 11,000 fruit trees,” he added.

In addition to ensuring sustainability, Lechowski remarked that the project aims to create communal buildings that will house coworking spaces and social spaces. “Our online users will eventually be able to come and enjoy Alóki Sanctuary as a reward for their sustainable actions,” he said.

Although Alóki has yet to launch, Lechowski explained that the project will take a simplified metaverse-like model approach that will gradually be developed overtime. “We plan to launch Alóki for our community as soon as there is a common Metaverse standard implemented to work across different platforms,” he remarked. Fortunately, work being done by the Open Metaverse Alliance is currently focused on implementing such standards.

It’s also notable to mention that a nonprofit organization known as The Heritage Hub will soon allow users to experience Ukrainian history within the Metaverse. Brittany Kaiser, co-founder of the Heritage Hub, told Cointelegraph that the organization uses digital scanning, 3D modeling, and NFT tokenization to preserve local heritage to be shared globally in a metaverse museum. She said:

“The problems it solves are three fold: Firstly to have a digital archive of all heritage and cultural sites, artifacts, art and other items of importance to a nation’s history and identity. Secondly, it allows all items to be encrypted on the blockchain for tracking and traceability in case of destruction or disappearance. Lastly, it allows us to use Web3 business models to fund the historic preservation of these sites and items.”

Kaiser explained that the first Metaverse being built is for Ukraine to ensure that anyone in the world will have a chance to experience the important cultural heritage of the country. Taras Gorbul, co-founder of the Heritage Hub, added that people will also be able to contribute to digital tourism revenue that will help the country rebuild after the war:

A metaverse with purpose to drive adoption

Although it’s innovative for organizations to recreate various regions in the Metaverse, it remains questionable if users will want to engage with these platforms. For instance, market research firm Ipsos recently conducted a survey for the World Economic Forum that found half of adults across 29 countries are familiar with the Metaverse. While notable, the study also found that excitement for metaverse adoption is significantly higher in emerging countries in comparison to most high-income countries. The report noted:

“More than two-thirds of people in China, India, Peru, Saudi Arabia and Colombia say they feel positive about engaging with extended reality, compared to fewer than a third in Japan, Great Britain, Belgium, Canada, France and Germany.”

This in mind, Mann believes that education is still needed in order to drive adoption. “Education and access is needed to up skill and empower Africans and the general population about these new technologies and how they can create equal opportunity,” he said.

Echoing this sentiment, Lotlikar noted that regions like Dubai that are looking to enter the Metaverse also require education that extends beyond the hype of NFTs and blockchain technology. “The vast majority of people need to understand how they can benefit from this technology in the real world,” he remarked.

In addition, Lechowski pointed out that a Metaverse with purpose will be essential moving forward. “Simply redirecting daily activities into the Metaverse is not going to drive massive adoption. We believe that providing custom experiences might do just that.” For instance, even if a Metaverse is only capable of providing an imitation of reality, Lechowski believes that Alóki has the potential to democratize access to nature in the long term.

Kaiser further noted that as more culturally important parts of Ukraine are added to the Heritage Hub’s digital museum, the initiative will be able to roll out tools for more teams wanting to add items to the museum themselves. “In the future, other countries will be able to use the Heritage Hub tech stack to create digital tourism revenue and to open source access to their heritage for education and recreation.”

US senator bill seeks to cushion crypto exchanges from SEC enforcement actions
Mainstream media sentiment shifts in favor of Bitcoin amid fiat currency woes
Nanjing University Sets Up One of the First Metaverse Majors in China
Are decentralized digital identities the future or just a niche use case?
US lawmakers propose amending cybersecurity bill to include crypto firms reporting potential threats