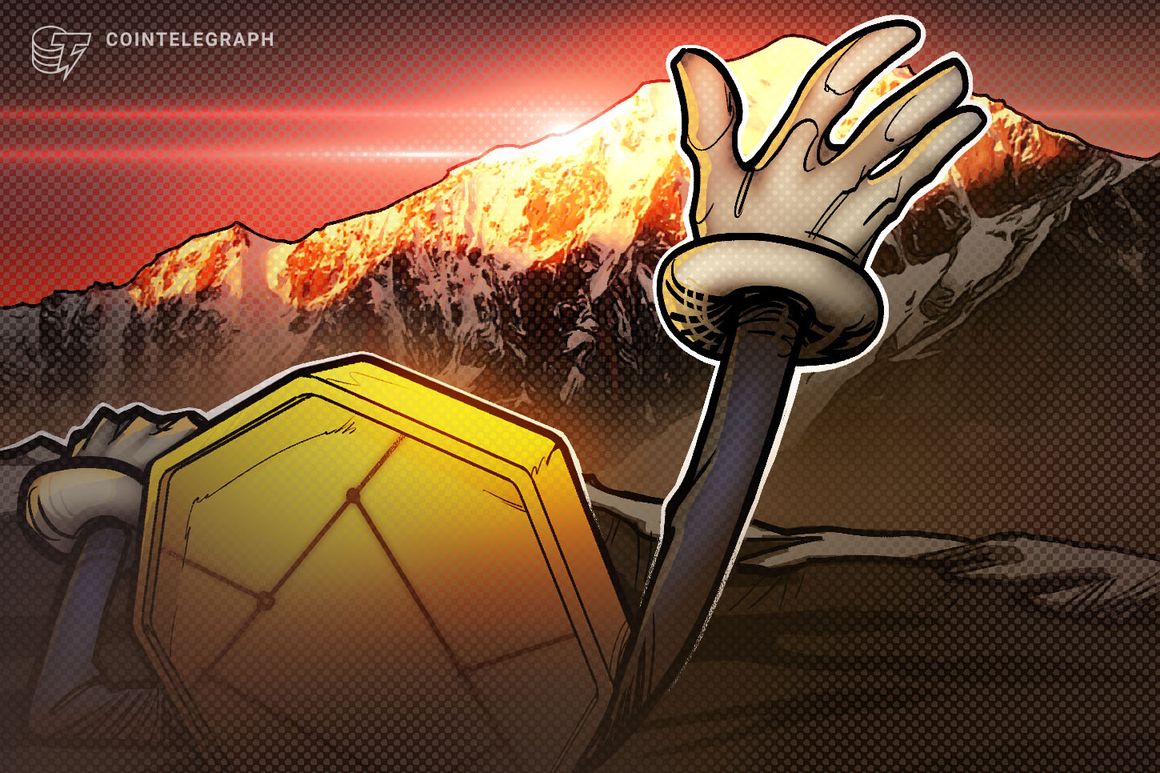 A massive downtrend in the STEPN (GMT) prices witnessed in the last 30 days appears to be nearing exhaustion.

GMT’s price has rebounded by nearly 35%—from $0.80 on May 27 to $0.99 on May 28. Interestingly, the upside retracement started after the price fell in the same range, which had acted as support before GMT’s 500% and 120% price rallies in March and early May, respectively.

Additionally, the rebound further preceded an 80% drop from its record high of $4.50, established on April 27, which left GMT oversold, per its daily relative strength index reading that slipped below the oversold threshold of 30 on May 26.

The technical support, in addition to oversold RSI, suggests GMT is in the process of bottoming out.

Therefore, an extended rebound move from the $0.82-support level brings $1.50 into the attention as the next upside target, up about 40% from today’s price. Moreover, a strong upside follow-up could send the STEPN token towards the $2-2.50 area, suggesting that the market has bottomed out.

Conversely, a weaker upside follow-up could have GMT’s price retest $0.82 for a breakdown move toward $0.54. This level was instrumental in capping the token’s downside attempts between March 17 and March 21 earlier this year.

From the fundamental perspective, GMT’s bias looks skewed to the downside.

First, the token continues to trade in near-perfect tandem with Bitcoin (BTC) and the other top-cap cryptocurrencies, according to their daily correlation coefficient readings, which topped 0.98 on May 21, but had subsided to 0.75 on May 28.

So, if Bitcoin continues to struggle below $30,000, as many analysts believe, it could take GMT lower alongside due to its consistent positive correlation with the token.

Second, GMT could drop due to the rising uncertainties surrounding STEPN’s business model, which involves paying users for exercising either by walking, jogging, or running with the native Green Satoshi Token (GST) units.

Time to hit half a million followers milestone! We are giving away $1.5 million worth of NFT once we reach 500k Twitter followers (50 pairs BNBChain Genesis Sneakers):
1⃣ Follow us
2⃣ Retweet
3⃣ Tag 3 friends & comment below pic.twitter.com/ngzXPxuXLw

Mike Fay, an independent market analyst and the author of the Heretic Speculator financial newsletter, says that STEPN’s so-called move-to-earn model is neither scalable nor sustainable in the long term.

The analyst cited some core issues with the “lifestyle app.”

First, STEPN has a massive entry barrier for it makes people acquire its expensive “Sneaker NFTs.” But even then, people buy these digital issues for hundreds or thousands of dollars in anticipation that they would recover their investments by earning and selling GST tokens.

Many users have already recouped their money, such as YouTuber Sebbyverse, who claims that he earned $219 worth of GST tokens just by walking 15 minutes to-and-fro for dinner.

Related: People want to be paid crypto to exercise in the Metaverse: Survey

“The way this likely ends is with the last people who come into the platform essentially serving as ‘exit liquidity’ for the early adopters when the app’s in-game payment token (GST-USD) collapses,” Fay said while highlighting that the STEPN’s in-house token is already crashing.

That would hurt users’ return on investment who paid thousands of dollars for Sneaker NFTs. So, if the demand for NFTs dries up and incentive drops, STEPN would have trouble attracting new players to its app, thus dampening demand for GMT, according to Fay. He added:

“STEPN is in a hype-driven speculative frenzy and I’m not touching any of this. Not the payout token (GST-USD), the governance token GMT, or the NFTs.”