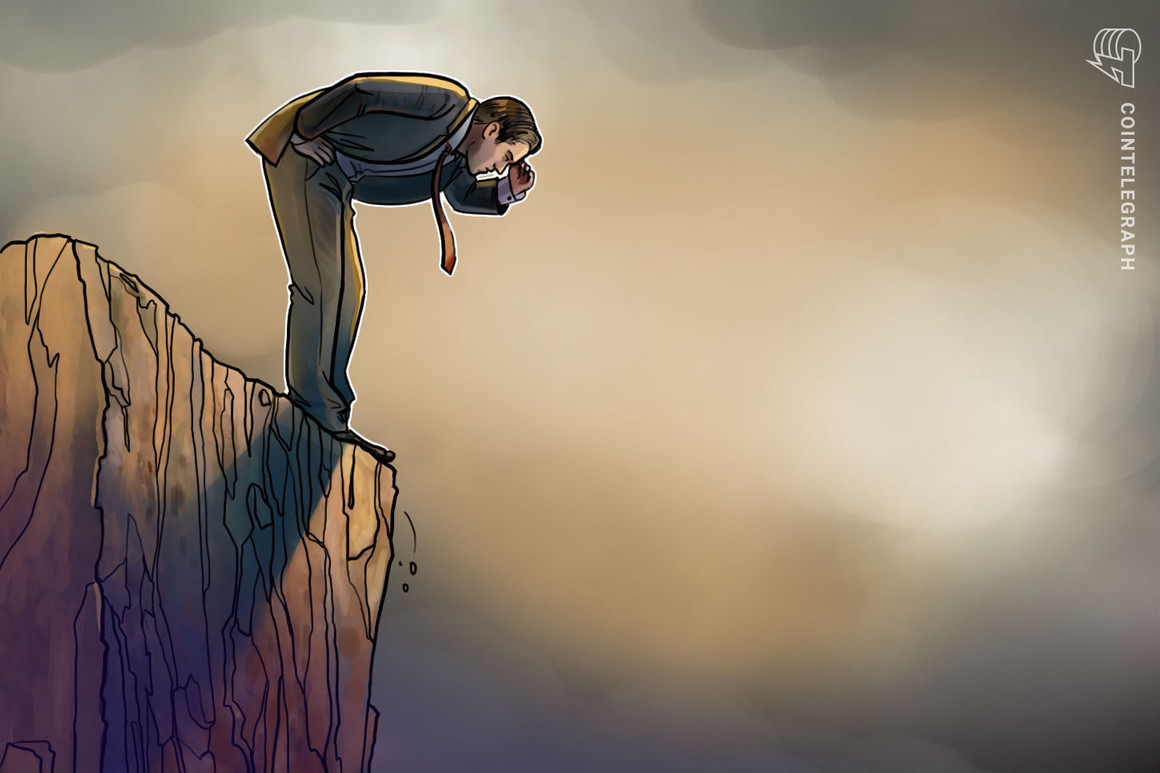 The price of Bitcoin has fallen below $50,000 for the first time since March, with BTC shedding roughly 10% in the last 12 hours.

On April 17, the $60,000 range was rejected, driving a crash in the Bitcoin price of nearly 20% in a single hour. While the markets consolidated near $55,000 for several days, bulls failed to defend the range on April 22, resulting in sustained bearish action over the past day.

Yesterday, Cointelegraph reported that significant profit-taking in the Bitcoin markets may suggest an impending local top, with today’s slump appearing to confirm the hypothesis. Analysts from JP Morgan similarly warned of sustained bearish action should BTC fail to reclaim the $60,000 level.

The move below the psychological $50K mark has prompted mixed reactions on Twitter, with Messari researcher Mira Christanto noting the markets have only retraced from the all-time high by 23% — significantly less than the typical pull-backs experienced during the 2017 bull run that produced losses of 35% on average.

Now that #Bitcoin is back below $50k I think it’s time for @APompliano to tweet out $1k milestones on the way down the way he did on the way up.

Ethereum also tumbled today, shedding roughly 8% in the past 24 hours. However, Ether has outperformed BTC over recent days, rallying to tag a new all-time high above $2,600 on April 22.

Ether has dropped 11% over the past seven days, while Bitcon’s is down 21% over the same period.