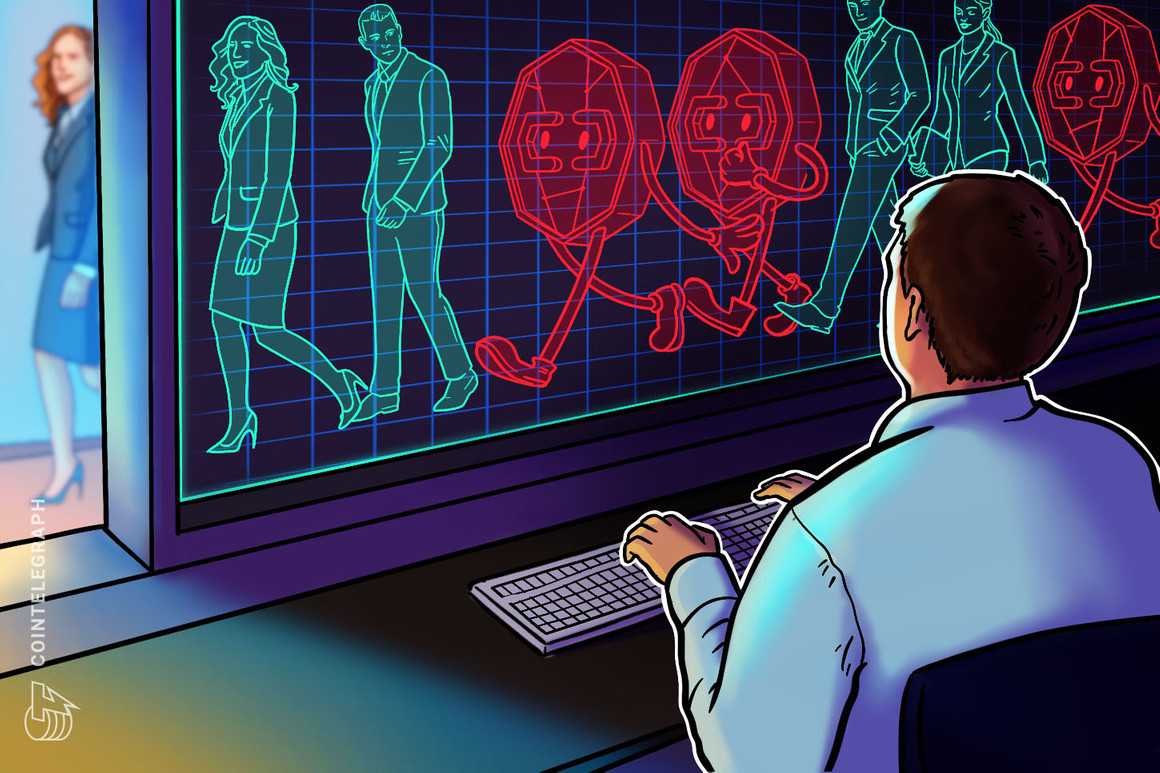 Buying something with Bitcoin (BTC) in Turkey will soon be illegal, and the topic of crypto payments has become a political debate since the Central Bank of the Republic of Turkey’s April 16 announcement that it will forbid the use of cryptocurrency as a payment method. The regulation, which will go into effect on April 30, also bans the use of digital wallet providers as fiat on-ramps for crypto exchanges.

“The first one is to use crypto to pay for anything. The second one is specifically for payments providers and e-money companies. It prohibits providing crypto-asset trading, storage, transfer and export services and fund transfers made on these platforms.”

The negative tone of the announcement damages Turkey’s international reputation and reliability, Usta added, explaining: “The positive takeaway of the announcement is the definition of crypto assets within a legal framework for the first time.” Crypto assets are now treated as “intangible assets that are virtually generated using a distributed ledger or a similar technology and distributed over digital networks,” not as money.

Even the positive side of the regulation falls short, though according to him: “In the debate of using crypto assets in international trade, declaring that it’s not an instrument of payment may lead to problems later on.”

Comparing the decision of Turkey’s central bank to Russia’s crypto legislation, veteran finance journalist Erkan Öz clarified that cryptocurrencies are only banned as a form of payment and that it is still legal to trade them:

“Ankara wants investors to send/receive local currency to/from crypto exchanges only through banks. Thus, the government will put the brakes on possible unregistered transactions to help fight against the unregistered economy and financing of illegal activities, such as terrorism.”

Cryptocurrencies are not money

According to crypto lecturer İsmail Hakkı Polat, this is the central bank’s way of warning people that cryptocurrencies are not monetary assets, no matter how often people call them kripto para (“crypto money” in Turkish) — thus, they can’t be used as a form of payment. In a Twitter thread, he noted that the new regulation limits innovation among banking firms and cripples the development of crypto payment startups in the country, such as DigiliraPay.

DigiliraPay is one of the local companies that has been directly affected by the new regulation. Its business model incorporates a Know Your Customer process and utilizes blockchain to enable the spending of cryptocurrencies for daily shopping. “Sadly, we will have to stop our activity as of April 30, the day the regulation comes into full effect,” DigiliraPay CEO Serkan Bayar told Cointelegraph Turkey, adding: “In a time where globally known companies like Mastercard, Tesla, PayPal and Starbucks have started receiving payments via cryptocurrencies, we are deeply saddened that these services won’t be present in our country.”

Bayar explained that it’s impossible to avoid taxes within the DigiliraPay ecosystem because all transactions are written on the blockchain, fully open to any form of an audit. “The new regulation by the central bank does not focus on the needs of the market, and it will only delay the use of cryptocurrencies in our country.”

While its crypto payment operations will cease to exist, the DigiliraPay team aims to improve its business model and find alternative solutions to cope with regulation. Bayar further added: “We hope that in the not-too-distant future, this regulation will be removed so as to not miss out on opportunities like blockchain technology and the everyday use of cryptocurrencies, which Turkey urgently needs to catch up on.”

As for the “banking fintech firms” that Polat mentioned, they are largely unaffected by the new ruling. Semih Muşabak, CEO of central bank-licensed fintech firm Sipay, told Cointelegraph Turkey that “We need to update our planned progress accordingly.” Following the legislation, however, he clarified that: “We don’t think the regulation will hinder the access to crypto-related services for the end-users. People will still continue to use banks and other means to use crypto services.”

The second part of the ban essentially means users will be unable to use local PayPal alternatives (PayPal has been banned in Turkey since 2016) to deposit or withdraw money to and from crypto exchanges. Papara, a popular digital wallet provider — which was the only way to deposit fiat money in Binance when the exchange first entered the Turkish market — has become the highlight of conversation on Twitter following the central bank’s announcement.

“If the aim here was to prevent malicious users from accessing their crypto assets, then I can say that it’s not the right decision. Because the measures we utilize to filter payments to the crypto-asset platforms are stricter than many banks. Millions of transactions have been made to this day, and there has not been even a single case of fraud among them.”

Digital wallets are only one side of the fiat-to-crypto equation, the other being crypto exchanges. Yasin Oral, CEO of major Turkish exchange Paribu, believes it’s too early for either a positive or negative perception. “The regulation is more about payment providers and electronic money companies rather than crypto assets themselves.” He further added that the legislation does not really change anything for crypto exchanges.

Alexandre Dreyfus, CEO of Chiliz and social sporting platform Socios, stated that transactions via digital wallets like Papara count for less than 1% of its total volume, so the new regulation is unlikely to have a big impact on business for the platform. He told Cointelegraph Turkey: “We welcome any regulations and guidelines. Sometimes they bring their own issues, but it also provides a clear way and set of rules to follow.”

“We also believe that payments are not the only thing crypto stands for, and it can be utilized to create engagement and innovative solutions,” Dreyfus added, clarifying further that the use case for the Chiliz (CHZ) token is different, and hence, its business model has not been impacted by the looming ban.

A new debate for law gurus

But what about the crypto exchanges that were planning to provide crypto payments? The day of the central bank’s announcement was very busy for the law department of the Turkish crypto exchange Bitci. Just 24 hours earlier, Bitci announced that Bitcicoin (BITCI), the exchange’s native token, could be used to buy a variety of luxury cars such as a McLaren, Cadillac, Bugatti, Tesla or Rolls-Royce, thanks to a partnership with Royal Motors.

Onur Altan Tan, CEO of Bitci, stressed to Cointelegraph Turkey that for now, more clarification is needed to understand whether the regulation actually prohibits using crypto for payments:

“There are different opinions. Payments are limited to assets qualifying as funds under Law No. 6493, and crypto isn’t defined as a fund in 6493. It is expected that the central bank will clarify implementation fundamentals.”

“Our business model is built on sellers and establishments instantly receiving the Turkish lira in their accounts while users make their payments via cryptocurrencies,” Tan explained, adding that: “We develop all our technologies in a way that supports the current system while not going out of the legislative regulations in matters like billing and taxation.”

Indeed, the central bank’s announcement was also made in preparation for a crypto tax law, according to Öz, as taxing investors would be much easier through banks. “I hope tax rates will not be so high and that the Turkish implementation will come close to the U.S. and EU regulations in the coming years,” he added. Usta also believes the announcement to be the first step toward crypto taxes, adding:

“We know that a tax regulation is inevitable, we just don’t know its shape and process. Payment and electronic money establishments being banned from the process can be interpreted as a foreshadowing for taxation from the source via bank channels, but that is just a prediction.”

The central bank’s move might also be a “temporary first step” into crypto, only to be properly updated once a more comprehensive regulation comes into effect, deduced Oral, adding that the central bank is simply making a point that: “My area of responsibility covers payment providers and electronic money companies. This way, I am drawing the lines beforehand, to be updated as necessary in the future.”

Çağla Gül Şenkardeş, founding member of Istanbul Blockchain Women and founder of consulting firm Durugoru, also questioned the permanency of the regulation: “It may hinder the developer role of our country in distributed ledger technology.”

She further added to Cointelegraph Turkey that: “We had many international blockchain and crypto companies as clients that were planning to invest in Turkey, and they will surely reevaluate their plans after the central bank’s regulation.”

What would have been a “positive regulation”?

For Usta, the answer is pretty simple: “We should pave the way for innovation. It is obvious that regulations with negative verbs inhibit innovation and damage Turkey’s international reputation.”

Steps are being taken all over the world to integrate crypto assets into traditional systems, mentioned Usta. “We could’ve been in an exemplary and leading spot, not only for the country itself but for the region and the whole world. We still haven’t lost that chance.” He further added:

“It isn’t hard at all to take steps that will both protect our people and set an example to the world by consulting with experts, companies and entrepreneurs that are in the ecosystem, both in Turkey and the international stage.”

Instead of a total ban, there should be an active discussion with industry stakeholders to find solutions that will pave the way for growth within the industry, suggested Karslı: “Unfortunately, these types of prohibitions will only encourage users to utilize P2P platforms, which will result in an increase in the gray economy. I hope that Turkey will take quick actions against such risks and reevaluate regulations.”