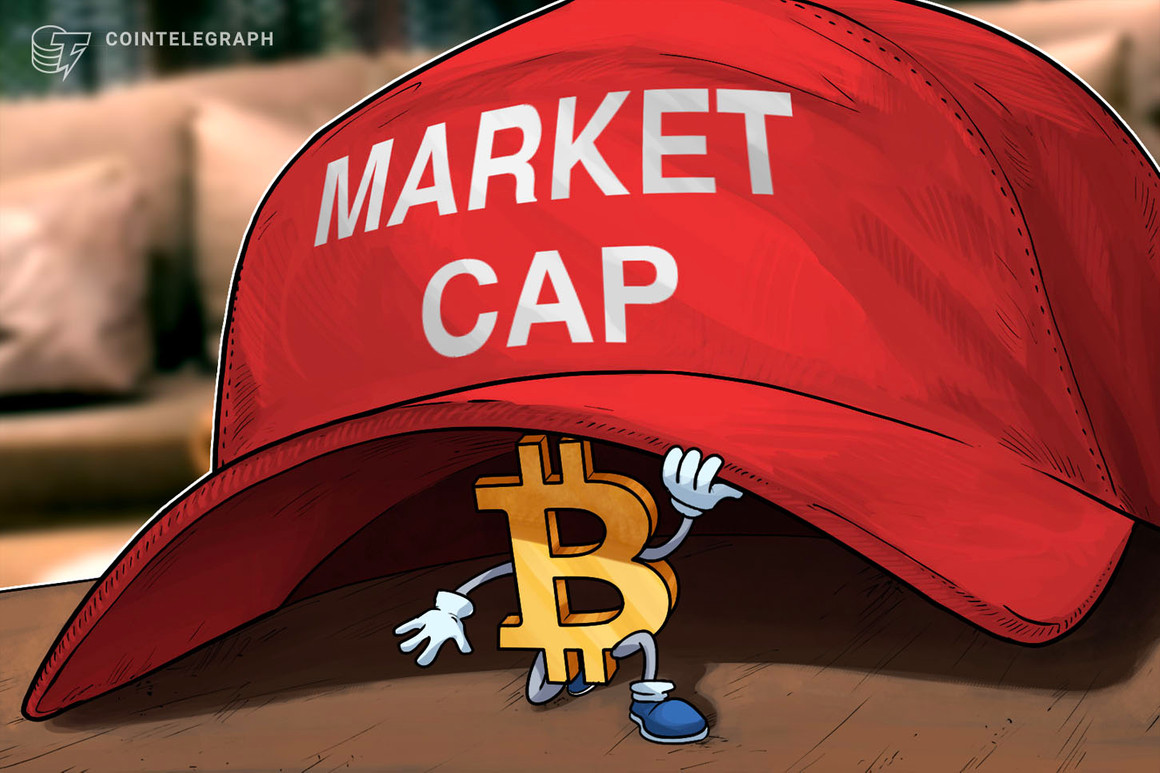 As Bitcoin markets begin to form another daily red candle, its market capitalization has dropped back below $1 trillion once again.

The third major correction in the current bull market is deepening and prices are already down 12.5% from their all-time high of $60,100 on March 13.

According to CoinGecko, the BTC market capitalization is currently $980 billion, having dropped $140 billion over the past seven days since last Thursday, March 18.

The move comes just a few days after analyst Willy Woo predicted that its total capitalization would not fall back below these levels again.

The BTC market cap first surpassed a trillion dollars on Feb. 19 but did not remain there long, falling back below it after just four days. The second time it topped ten figures was on March 9, and it remained above the milestone level until today’s slump.

The total market capitalization for the entire crypto ecosystem is currently $1.65 trillion according to CoinGecko. It has fallen by 9.8%, or $180 billion since Monday, March 22.

Profit taking could be a big factor in this pullback, as suggested by analyst Josh Rager who stated that unrealized profits are not realized until they are in the bank.

In reference to MicroStrategy CEO Michael Saylor whose firm has been buying a lot of Bitcoin this year, he added:

“Don’t try to act like Saylor won’t take profits eventually, cause he will along with every other fund on the planet. Then they’ll buy back lower”

As reported by Cointelegraph, there have been a number of signals that the pullback could continue. Analytics provider Glassnode used the risk reserve metric, which assesses the confidence of long-term holders relative to the price of Bitcoin, to suggest conditions are similar to the second half or later stages of a bull market.

CryptoQuant, meanwhile, analyzed BTC flows to and from exchanges to predict that it would take some time to get another leg up in terms of demand/supply.

At the time of writing, Bitcoin was trading down 3.6% on the day at $52,350 as the FUD begins to seep back into the ecosystem.