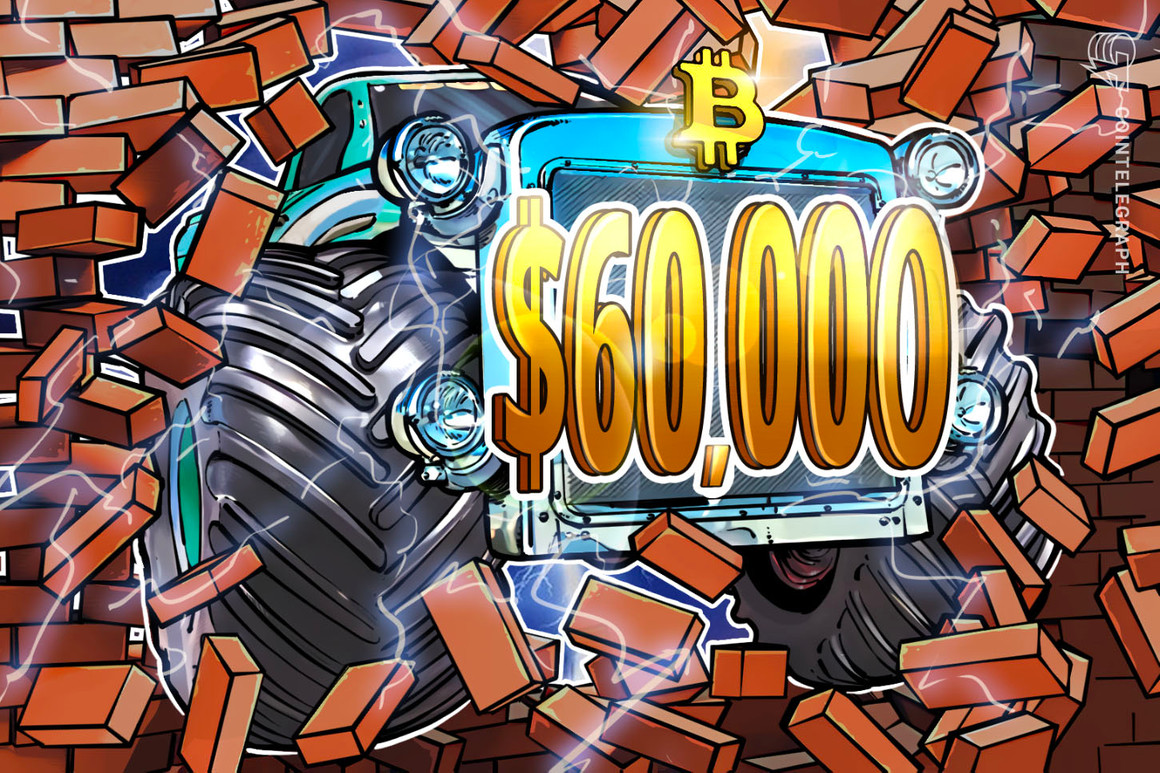 Bitcoin (BTC) hit $60,000 for the first time on March 13 as the long-awaited continuation of the BTC price bull run got underway.

Data from Cointelegraph Markets and Tradingview tracked BTC/USD as the pair finally crossed the historic level after several weeks of mild corrections and periods of consolidation.

Bulls had spent a considerable time in limbo as Bitcoin tested prior all-time highs at $58,350 repeatedly, with a significant resistance zone beneath slowing progress.

In the end, however, optimism won out, and the largest cryptocurrency by market capitalization clinched its latest milestone. At press time, price action focused on an area just below $60,000 amid characteristic volatility.

According to the research team:

The long road to a new price hurdle

Anticipation of $60,000 and even higher had steadily built up over recent days. As Cointelegraph reported, professional analysts as well as traders were poised to announce the end of Bitcoin’s prior sideways price action as indicators pointed in bulls’ favor.

The now-standard narrative of healthy on-chain metrics combined with positive support from institutions served to bolster confidence. Now that Bitcoin price has reached the $60,000 level, many analysts have set their targets on the $72,000 zone, followed by $100,000.

Why Ethereum Could Trade At $500 If These Conditions Are Met
Grayscale Files Lawsuit Against SEC Over Spot Bitcoin ETF Rejection
6 Questions for Daniel Yan of Matrixport
Top 5 cryptocurrencies to watch this week: BTC, UNI, XLM, THETA, HNT
Gensler appeals for ‘one rule book’ in negotiations with CFTC over crypto regulation